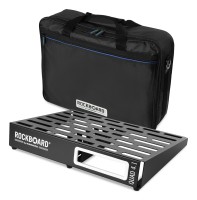 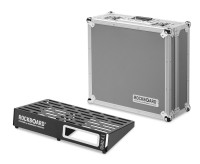 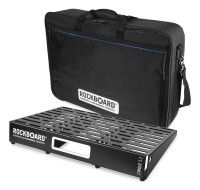 Almost as old as the electric guitar itself - effects devices

Almost as old as the history of the electric guitar, is that of the effect devices. With the advent of electrically amplified guitars, the associated amplifiers developed quickly. These were immediately misused by the experimental guitarists, and by turning them up to their limit, distorted, completely new sounds were elicited from them. Effect pedals that additionally changed the tone, initially intended for wind instruments, have been around for almost as long. But again, it was the guitarists who discovered this new technology for themselves, and created a new sound universe with Wah Wah pedals and Co. Also, their colleagues on bass or organ quickly gained pleasure in the new equipment, and so the pedals, which were switched off and on while playing by foot and were simply connected between guitar and amplifier with an instrument cable, quickly became a success. Especially the distortion pedals, which made it possible to overdrive the early tube amps (still without separate gain control) and thus distort them even more intensely, soon became a must-have.

Dawn of a new age

From the stars of the early electric guitar scene in the 60s, such as Jimi Hendrix or Eric Clapton, to the innovative 70s, with Hard, Glam, Space, Kraut or Prog Rock; the innovative power of the inventors, and the adventurous spirit of the musicians hardly knew any limits: Distortion, Univibe, Tremolo, Echo and Reverb. Octaver, Filter, Chorus, Flanger and Compressor. More and more technology, which often found its way directly from the studio to the stage, made the tone of the performances wider and more interesting. 15-minute-long guitar solos often became excursions over effect-charged soundscapes. The echo quickly became a favourite of many guitarists. With its help, arpeggios and solos could be turned into wonderfully deep sound experiences. For a long time, there were the so-called tape echoes, which were nothing else than tape machines with endless tape and adjustable speed. Large, heavy and susceptible to failure, they were as fascinating as they were impractical. But that was about to change!

As technology progressed, the elaborate circuits housed in large enclosures, were packed into small handy pedals. In the 1980s, the spread of digital technology continued to drive the development and popularity of effect pedals. Put between the guitar and the amp, one could now take highly resolved and long reverb, or complex and clean echo onto any stage. Ease of use and transportability was the name of the game. And again, the effect devices made a huge leap in popularity. The selection became bigger and bigger, while the prices became more and more attractive. Most of these devices drew their power from 9V block batteries, housed in the pedal. And these batteries could also abruptly interrupt the performance during a solo. Murphy's Law states, that this is exactly when the electricity suppliers breathe out their lives. On top of that, the wiring, building and dismantling before and after the gigs, increased the number of possible error causes. And so, it could become slightly confusing, especially in front of the feet of the guitarists, while their amps turned unintentionally quiet…

A tidy house, a tidy mind…

Not exactly a saying taken from the rock ́n ́roll handbook, but in the case listed above the solution of the misery. Especially in the 1990s, a new idea spread faster and faster. Often still improvised, it was the guitar technicians of big acts who, together with inventors of the technology scene, devised roadworthy solutions, which were eliminating long assembly and dismantling times, and providing maximum reliability. Put shortly, they put all the different effect pedals on so-called pedal boards. Once wired and provided with a central power supply, the failure-prone cables and weakening batteries were a thing of the past. Of course, it didn't take too long for guitarists all over the world to make use of this professional solution.

The world at your feet - colourful and versatile

At first, everything was still very individual, and therefore expensive. In addition, the central power supply and the close spacing of the pedals bring new problems. Noise gets introduced! Different pedals have different demands on the quality and stability of the power supply. And somehow, the pedals have to be attached securely to the board. The popular Velcro not only holds pedals on the board, it also magically attracts dirt and grime. More and more manufacturers offered and offer sophisticated solutions, the selection became gigantic! So, putting together an effects board, can quickly become a confusing planning and research work. Also, not exactly things from the handbook of rock...

Rockboard by Warwick - everything from a single source

But imagine, that everything you need to build an effects board can be found in one place. That place is here! No matter what pedal setup you have or plan to buy, RockBoard (RockBoard by Warwick | W-Music Distribution) by Warwick has it all. From the board itself, to the ingenious attachment of the effect pedals, to the necessary power supply, the cabling, and the right solution for safe transport. RockBoard is a sophisticated, modular system that delivers practical solutions down to the smallest detail.

Copyright © 2023 Warwick GmbH & Co Music Equipment KG - All rights reserved.
This website uses cookies, which are necessary for the technical operation of the website and are always set. Other cookies, which increase the usability of this website, serve for direct advertising or simplify interaction with other websites and social networks, will only be used with your consent. More information
Decline Accept all Configure